Illustrate how people were connected through survey data

Invited by the guest editors of Architecture New Zealand magazine (Justine Clark, Peter Johns, Paul Walker) - for an issue on architects working overseas - this graphic illustrates what cities most graduates are currently working in versus what architectural schools they studied at.

This network visualisation was generated using a force directed graph using Python iGraph library and a Fruchterman Reingold layout. Conceptually the idea was to float the connections between people and their current cities above, beneath show their connections between universities. 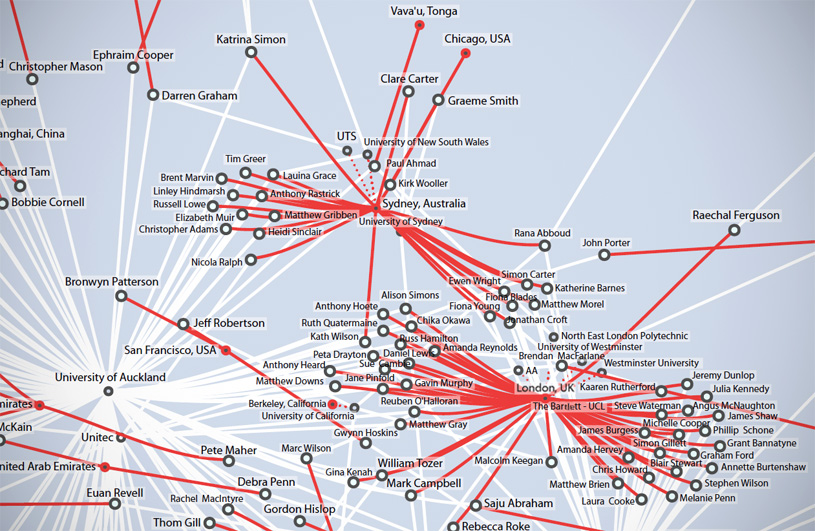 < Data Design and the Orchestra